Not just STEM, or, Why the American Economy Needs Humanities Majors 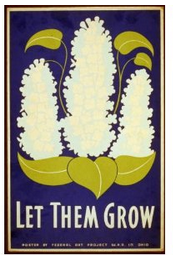 This blog usually focuses on opening the door to science occupations for groups traditionally under-represented in those fields.  Obviously, one aim here is the creation of more opportunities for rewarding and remunerative STEM-related careers for women, minorities and persons with disabilities.  All good. But I have to turn our attention for a minute to a logical fallacy that such activism might unfortunately support: the idea that higher education in the humanities and social sciences is a bad idea for any young person hoping for a paying career.

This is a trope that goes with the pervasive idea that American is suffering from a STEM talent shortage as “competitor” nations build their technical workforces…Which in some narrow sense might be the case, but the answer to that shortage is to provide more kids with higher quality, more welcoming science programming, NOT to turn young people away from their non-STEM passions and pleasures!

Frank Bruni’s column on “The Imperiled Promised of College” restates that not-very-good idea in today’s New York Times.  He fittingly notes the unaffordable cost of college for too many Americans today, but less helpfully sees a worrisome insistence among many students on dead-end degree programs that lead to less-than-meaningful working lives:

Philosophy majors mull questions no more existential than the proper billowiness of the foamed milk atop a customer’s cappuccino. Anthropology majors contemplate the tribal behavior of the youngsters who shop at the Zara where they peddle skinny jeans.

As is often the case with such plaints, students’ engagement with humanities, arts and social science disciplines comes across in Bruni’s telling as pointless and naïve. But why should we accept that these venerable intellectual pursuits are occupational cul-de-sacs? You would have to accept the existence of an awful lot of social and cultural constraints in the process of doing so.

First:  You would have to accept that the low employment prospects for today’s humanities and social science grads mean that those disciplines are inherently a waste of everyone’s time and money—including the time and money of the anthropology, art history, film studies and philosophy majors who make up some of my brightest and most engaging students.  I will not be the one to tell these kids to suppress their fabulous curiosity, creativity and insight.

That first judgment in turn rests on the presumption that as a nation we cannot afford to create jobs for our arts and humanities graduates. The WPA famously produced some of the most enduring art, drama, and civil architecture in American history, but if that kind of outcome is too touchy-feely for you, think more practically.  Imagine not just the wealth of student experience and cultural excitement that a nationwide artist-, designer- or writer-in-residence program for American high schools would generate, but how students’ expressive abilities and communications skills would improve!  (…according to many educators, the very same  “soft skills” too many of our engineering students lack!)

And what about the democratic (dare I say, “global”?) potential of a nation with more science writers, equipped with federal grants to support their work for local newspapers? Or , with more social scientists specializing in research on the origins and impacts of science, technology and medicine…with funding to share their findings with both expert and community groups?  Our university humanities and social science programs can produce superb practitioners to fill these and many other positions.

Instead, Bruni and others wring their hands in unimaginative supplication to the conventional economic analysis that privileges industrial profits and  the projects that assure those profits.  The impoverished cultural and civic life that this vision projects for America is truly depressing… And, offers another instance where today’s low level of public resources for American arts and letters is naturalized as necessary for a healthy economy, asserting that we just don’t have the money for activities that don’t make money  (…or, make money for those who already have a way to make money, that is; NB how CEO salaries continued climbing throughout the recession).

Would we need big political and cultural changes to bring about this kind of renewal for the status and scale of humanities in American higher ed, a new and unfamiliar vision of what matters, and why? You bet…and just the job for artists, writers, philosophers and historians!