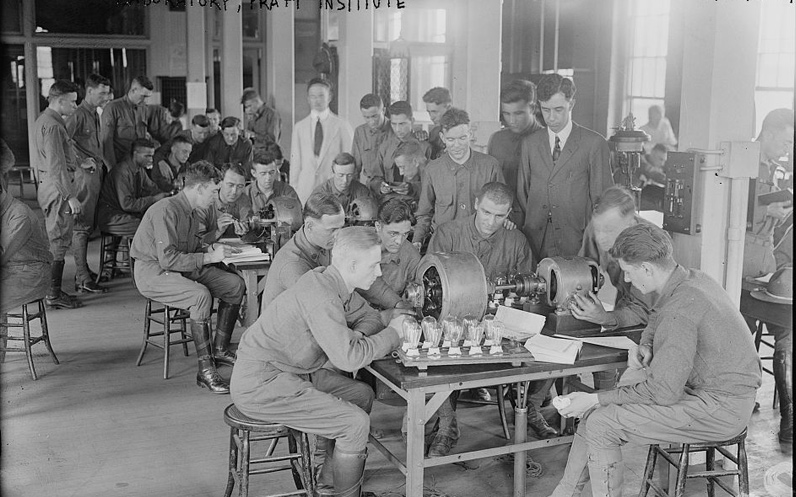 Eight years ago, I started posting at that url about issues of discrimination in American science, technology, engineering and mathematics, looking at education and labor from the perspective of attaining greater “STEM equity.” Racism, sexism, homophobia and ableism are more visible in the United States than ever but I no longer see that pairing of terms as a productive one. Neither alone nor together do these two words represent my goals as a historian and educator. It is time for a new framing, and a new url.

The Problem with STEM…

For one thing, I no longer think ending discrimination in schools and workplaces can happen without deeply problematizing “STEM” as we know it. I’ve come to see the delineation of STEM learning and work from other cultural projects as itself a highly efficient instrument of discrimination. Contradicting nearly every day-to- day invocation (including in the context of STEM diversity initiatives), we need to recognize that scientific knowledge, technological activity and mathematical interpretation are not techniques for understanding the world but rather means of making particular worlds for particular social ends.

Some of those ends are humane and generous, many are not. Historical study helps us see that opportunities to treat this sort of world-making as if it has no social origins and impacts have been built into ideas of legitimate STEM conduct, be it study, research, experimentation, discovery, calculation, design, building, assembly, production or maintenance.

For example, in school or at work, a teacher or manager’s authoritative assessment of an individual’s technical skill seems merely to detect that individual’s abilities. But such judgments are actually producing what shall count as meaningful technical conduct in particular times and places—the math problem solved quickly enough, the new drug with sufficient market value, the efficiently cleaned cleanroom. Those doing math slowly, developing low-profit drugs, or advocating for less physically demanding custodial work do not register as talented. The meritorious objects of STEM are almost never made strange, never treated as contingent upon social structures ranging from ideas of race or gender difference to class privilege to labor relations to geopolitics, by those declaring their value. Inclusive impulses expressed in STEM settings may well be authentic, but there are no words of welcome warm enough or scholarship funds great enough to offset this selective blindness to power.

…And the Problem with “Equity”

“Equity,” as that term is generally used, can also poorly serve the cause of democratic reform. Since the Civil Rights era a lot of inclusive educational and employment programming—often centered on achieving racial, gender, ethnic or other forms of diversity– has been based on unreflective, essentialist ideas of human difference. Unintentional as it may be, these ideas sustain formulations of race, gender, disability and other categorizations in ways that preserve social privilege. In 2017 America, certain commitments to identity politics—such as the claiming of collective minority identity—can assuredly drive crucial democratic reforms. But at the same time, in the hands of a culturally dominant white majority, ideologies of diversity and meritocracy lend one another a gloss of fairness they do not deserve.

Seeking a more inclusive profile for American engineering firms or chemistry doctoral programs, even when entry is achieved for some individuals who might previously have been excluded from such opportunities, will not radically remake these settings or dominant majority ideas about human difference. The scale of demographic change will be limited and access alone will not end the chilly climate faced by many minority students and practitioners within STEM settings. Nor will diversity programming in schools and workplaces counter widely circulating predictive notions of the innate intellectual inferiority, fragility, deviance or distastefulness of minority persons and women. It will instead help naturalize those distinctions and the metrics that are devised to confirm them.

In short: As it now functions, STEM diversity is a false consolation. Our embrace of inclusion-as-equity is the problem.

I dare not write “inclusion” here without attaching the “-as- equity” for fear of misappropriation by those now asserting white, male, Christian, heterosexual and American superiority. White grievance has fueled anti-affirmative action protest for decades but deeply biological and violent expressions of such grievances are growing and now find legitimacy in the White House. Critiquing liberal agendas albeit from the left is fraught with the risk of uptake by the right. But if we do not test our familiar tools of reform, their historically limited utility will go unchanged. This website, amyeslaton.com, will ask questions about the things we have done historically and do today to correct racism and homophobia, sexism and ableism, in places of science and technology.

I’ll do this by paying attention to the relational nature of science and engineering knowledge, and of technological skill and talent. All of these relations involve the constant making of knowable students and employees by those with influence: White, not-white, black, brown… male, female, pathologically-neither…sexual, asexual, abnormally sexual…abled, disabled…All of these “kinds” of bodies are required to make up the differences that diversity invokes. Intersectional, queer, crip and other scholarship makes it clear that every one of those ascriptions is arbitrary and socially instrumental. As well, critical sociology, history and anthropology have described ontological work ongoing wherever culture is experienced. That scholarship has instilled still greater awareness of the profound indeterminacy at work in the identification of human difference. We learn with these perspectives that technical merit is not something that inheres in individuals or groups; it inheres in that identification process.

Put differently: Two more “kinds” of bodies– capable and incapable STEM actors– are also being produced in our culture and that production process demands our critical attention. As I leave STEM equity behind I plan to bring these more complicated, fraught and generative framings to bear on how Americans enact human difference in sites of technical education and work. I’m especially pleased to be able to do all of this with a new website that is ADA compliant; through the efforts of web developers at TechBear, all materials now added to amyeslaton.com will meet standards for accessibility. I’m very excited about all of these changes and hope you’ll stay tuned.